The History of Ultrasound: Part 3 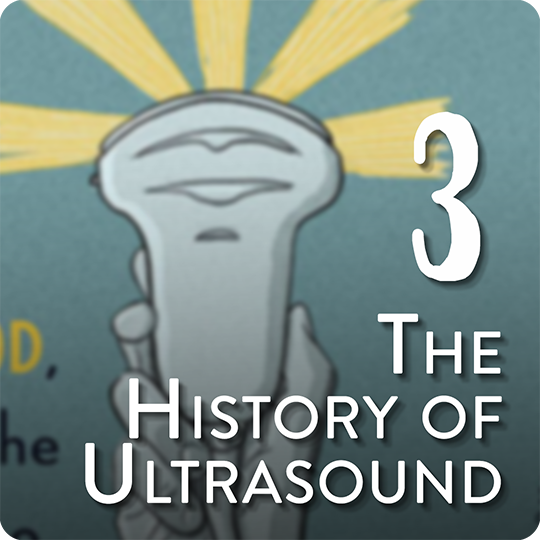 The first physician to use ultrasound for medical imaging was Karl Dussik. 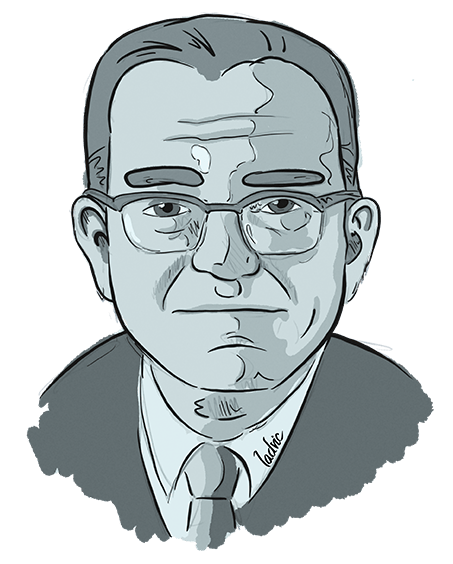 Transducers were placed on both sides of a patient’s partly submerged head. The sound waves were transmitted at a known rate from one transducer to another transducer. The changes in the sound waves were recorded photographically on heat-sensitive paper, creating a representation of what was thought to be the patient’s brain ventricles. 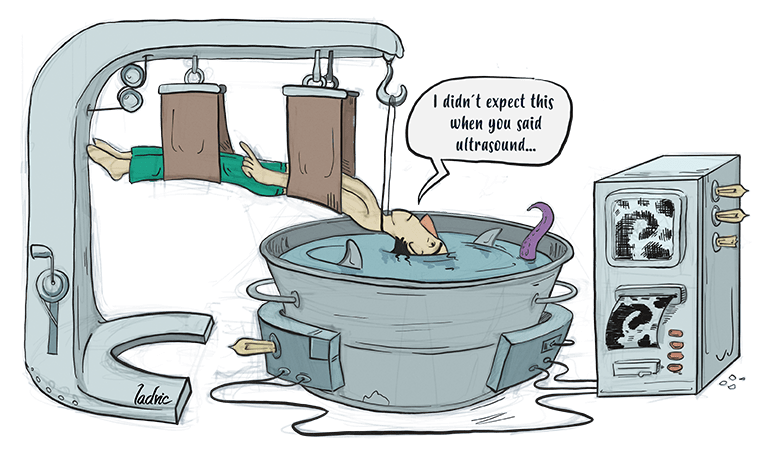 Although later experiments demonstrated that many of these echo variations were actually artifacts secondary to normal reflections and attenuations of the skull, this experiment was one of the earliest attempts to depict an organ in vivo. 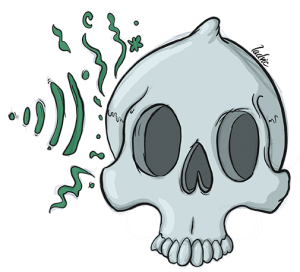 Because of the limitations of the through-transmission technique, this imaging method was largely abandoned in the 1950s. 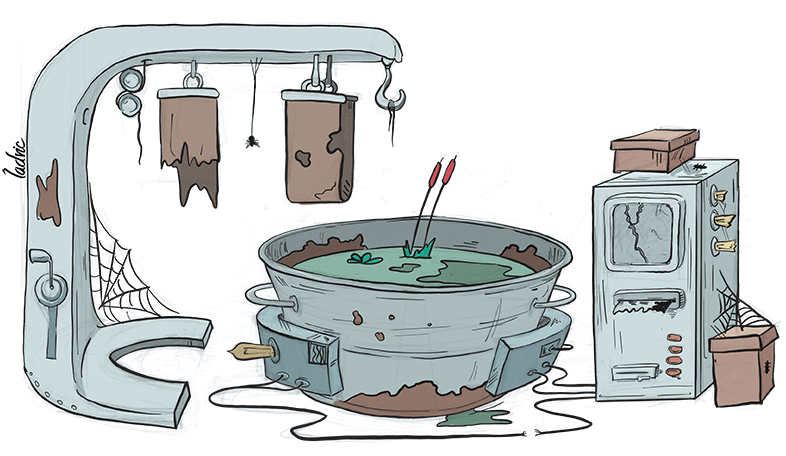 This technique was replaced by the more-traditional pulse-echo method of US imaging, in which the transducer both produces and receives the transmitted sound wave and its reflected echo. 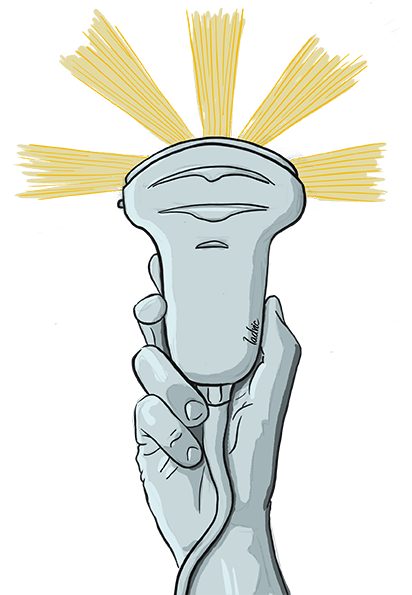 And here it is, the infographic: 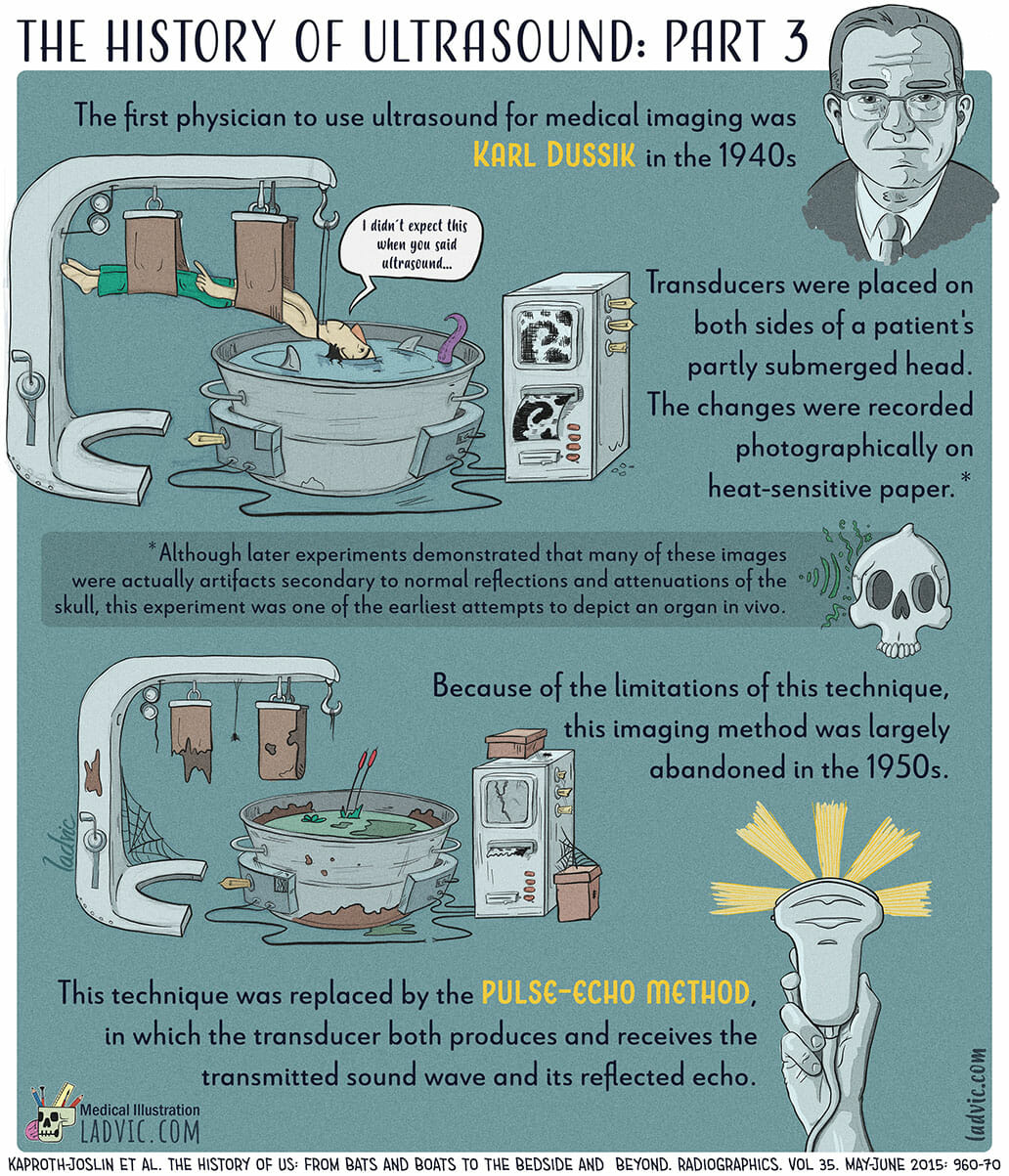 Did you like it? Leave a comment,..share it with your friends,… or follow me on social media!

…and you can see more anatomical cartoons and comics [Here]. Want to read The History of US: Part 1? [Over here]