The History of Ultrasound: Part 2 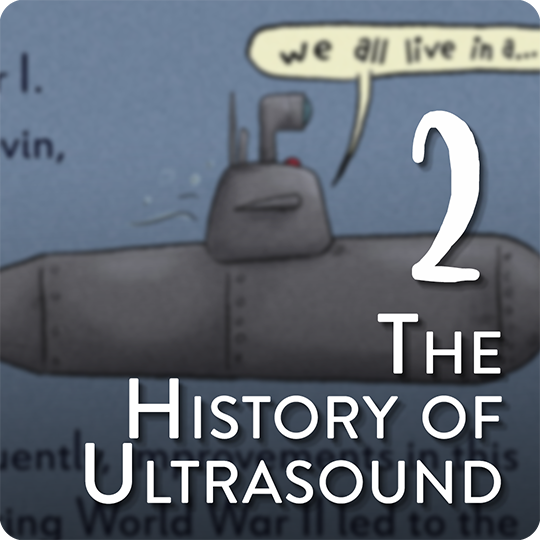 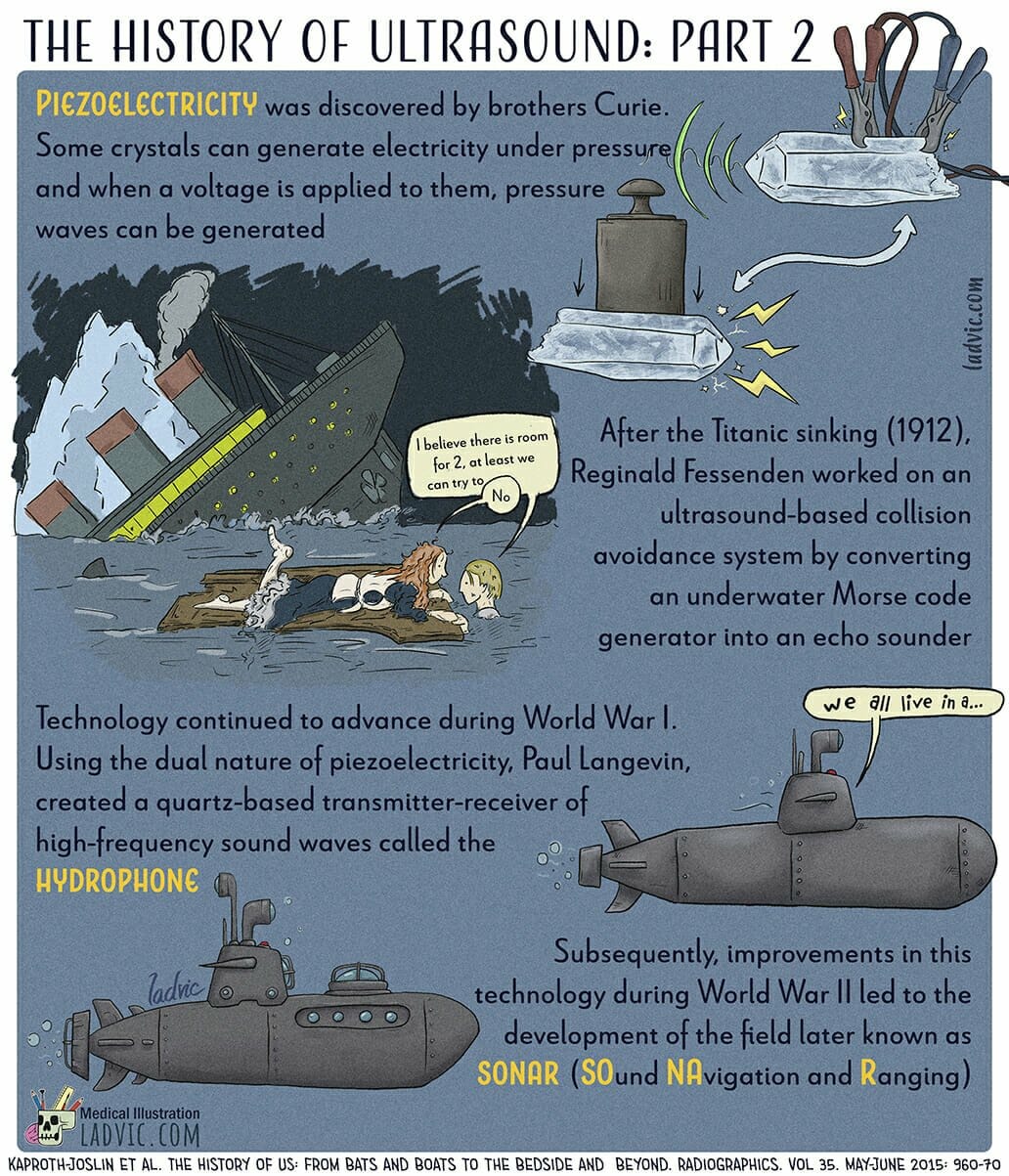 The History of ultrasound:

From Bats and Boats to the Bedside and Beyond

Piezoelectricity (from the Greek word piezen, meaning to press or squeeze) was first discovered by brothers Jacques (1856–1941) and Pierre (1859–1906) Curie. They demonstrated that crystals of tourmaline, quartz, topaz, cane sugar, or Rochelle salt can generate electricity under pressure and that when a voltage is applied to these crystalline materials, pressure waves can be generated. 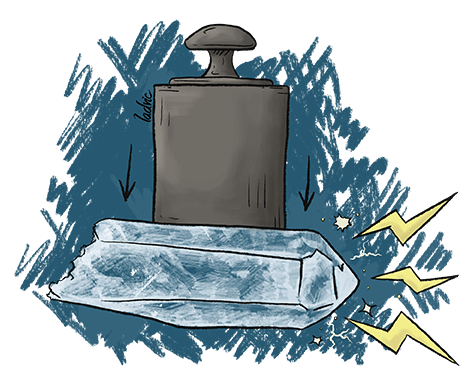 The capacity of these crystals to both generate and receive pressure waves in the range of megahertz frequencies allowed the development of modern-day transducer technology.

After the tragic sinking of the Titanic in 1912, Reginald Fessenden (1866–1932), a Canadian electrical engineer, worked to pioneer an ultrasound-based collision avoidance system by converting an underwater Morse code generator into an echo sounder. The machine produced high-frequency sound waves with “a reciprocating induction motor” moving at the rate of 540 times per second. Although the machine was able to detect an iceberg as far as 3.2 km away, the continuous, rather than intermittent, output of echoes created its own interference, limiting the commercial application of the device as an iceberg avoidance system. 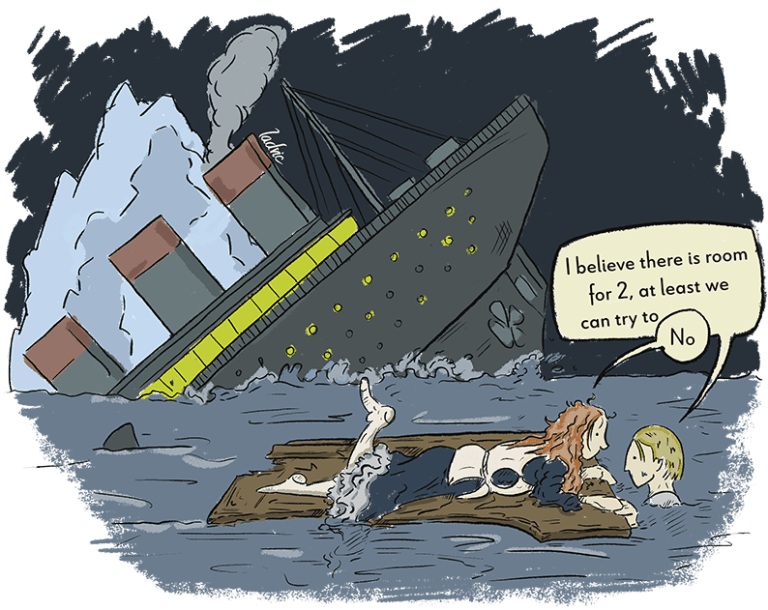 As submarine technology continued to advance during World War I, the field of US was quickly taking form. Using the dual nature of piezoelectricity, Paul Langevin (1872–1946), a French physicist, created a quartz-based transmitter-receiver of high-frequency sound waves called the hydrophone. Consisting of small quartz crystals glued between two steel plates, the underwater device was able to detect clearly the returning echoes from a submerged submarine.

This apparatus was considered one of the most useful technologies for identifying enemy submarines, thereby protecting ship convoys. Subsequently, improvements in this technology during World War II led to the development of the field later known as sonar (acronym for sound navigation and ranging]).

…and you can see more anatomical cartoons and comics [Here]. Want to read The History of US: Part 1? [Over here]