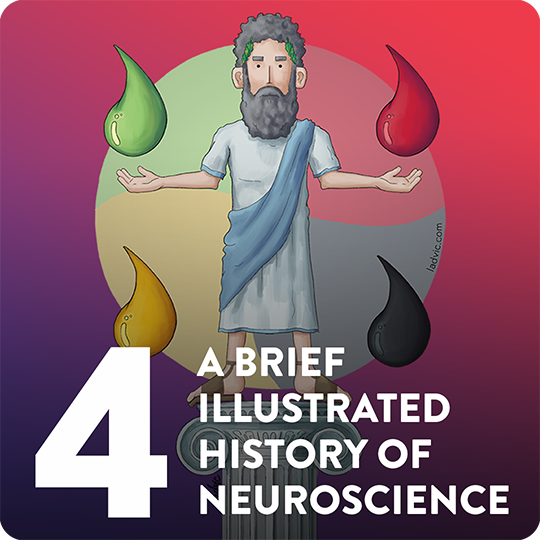 While civilizations other than the Egyptians may have had some knowledge of neurological diseases (modern neurology and psychiatry), and of the form and function of the nervous system (anatomy and physiology, respectively), there are virtually no records of these. There are indirect indications that the Persians may have had a rudimentary knowledge of the nervous system, since some terms used by tenth-century Arab physicians derive from ancient Iranian. But to find records of true knowledge, we must travel hundreds of years to ancient Greece. 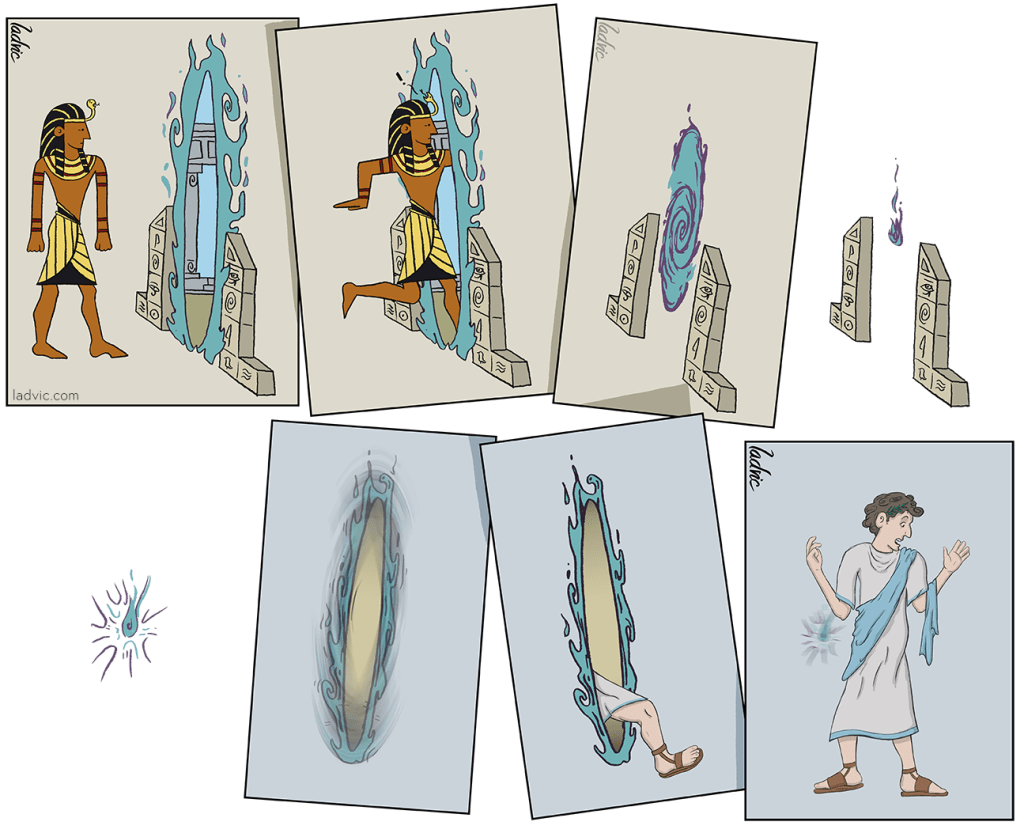 Man still believed that the heart was the rector of thoughts and movement; although, little by little, on the basis of observations that began to be a little more scientific, this view was changing.

Aristotle (384 – 322 B.C.), for example, established that the heart was the most important organ of the human being. For Aristotle, the heart was the director of sensations and movements, the place where all the information from the world around us converged. In fact, Aristotle considered that the purpose of the brain was the correct cooling of the blood that went to the heart, and this cooling was necessary “to put the heart in a position to carry out the intellectual and emotional activities of the body”. 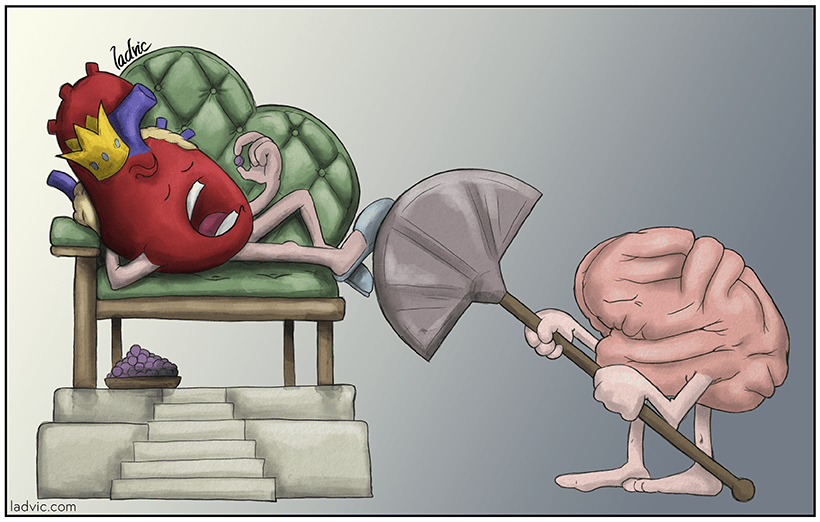 In this part of history, we must focus on some people who wrote medical texts with their discoveries and observations, and who helped those who lived in their time to better understand the nervous system. It goes without saying that they had resistance and were little understood. Just think how we are talking about things that happened almost 2,500 years ago and that Columbus said the Earth was round and found America less than 550 years ago.

In this vein, we must highlight Hippocrates (5th century B.C.). Hippocrates is considered by many researchers as “the father of medicine”. His great merit was to remove the “magical” characteristic attributed to diseases (demons, gods) to try to find a scientific explanation. Although our interest is neuroscience, the origin of neuroscience is linked to the origin of medicine in general; so, although it seems that we are deviating from the path, in reality, we are following it completely.

Hippocrates recognized that the brain had two halves (hemispheres) and considered it to be the seat of the emotions; he noted that injuries to one side of the head often produced paralysis of the contralateral side of the body. We see, then, that Hippocrates is one of the first to think that emotions and movements were in the brain, thus shifting away from the “cardiocentric” (heart-centered) concepts that were applied in his time. 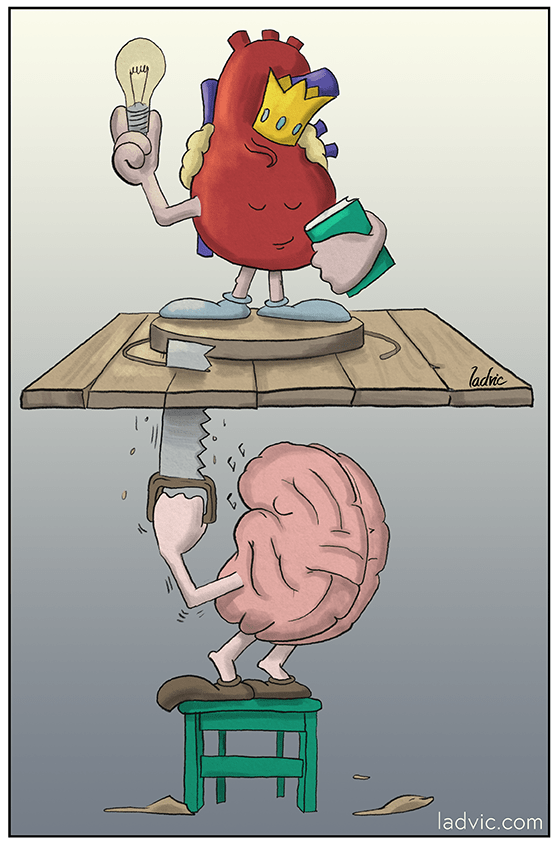 Since it was not allowed to dissect cadavers in ancient Greece, all his knowledge was based on observation. Therefore, many of his anatomical (shape and relationships of organs to each other) and physiological (function of organs) concepts were clearly erroneous. For example, at this time in our history, arteries were confused with veins and tendons with nerves. It was even often said that there were “solid nerves” (the nerves and tendons) and “hollow nerves” (the arteries).

In the neurological field, he wrote a treatise called “The Sacred Disease”, in which he makes a study of epilepsy. Contrary to his contemporaries, he believed that epilepsy (and moods, such as “melancholy and depression”) were not caused by spirits or demons, but by organic sources. This was quite an achievement at the time. 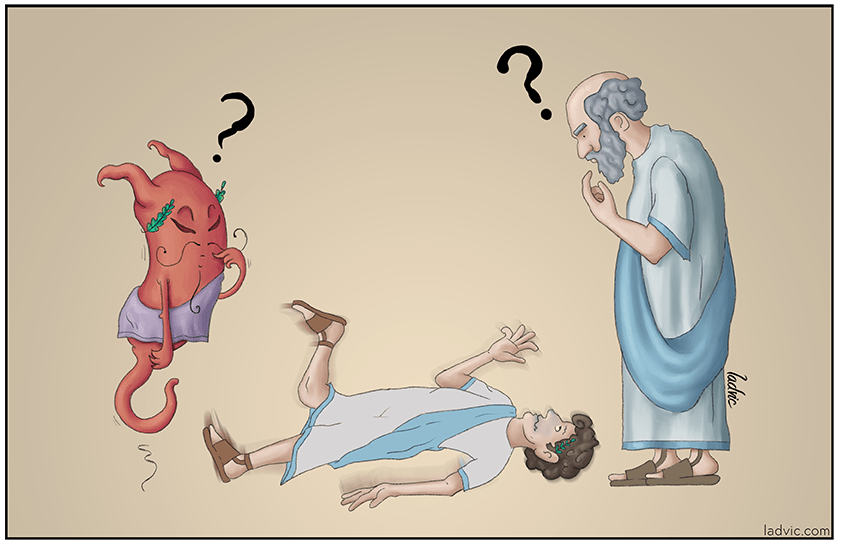 Now, let’s touch briefly on how diseases were thought to be caused in ancient Greece. It was believed that the human being had 4 “humors” within him or her: Phlegm, blood, yellow bile, and black bile. Each of these humors had a specific amount in each person’s body. The balance of the humors was called Chrasis, and the imbalance Dyscrasia. The latter caused the diseases, and these imbalances could be caused by alterations in climate, food, or personal habits. Therefore, their treatments were based on exercise, and rest or diet. 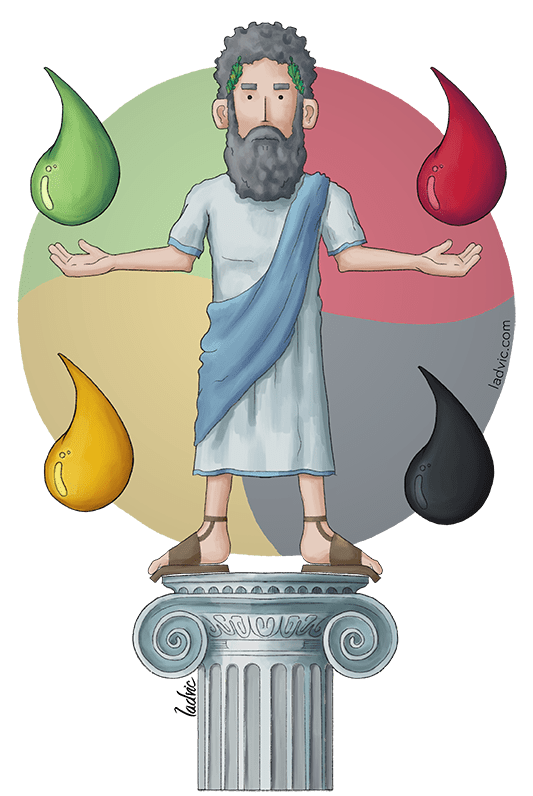 This leads us to what Hippocrates thought about mental illnesses (modern psychiatry):

Thus, depressive states would be caused by excess phlegm and manias by excess blood. Based on what was in excess or what was lacking, dietary treatment was proposed and rest or exercise was recommended. Brain disorders were mainly due to the accumulation of phlegm, which was produced by the brain and expelled through the nostrils. Actually, some colds may well drive us mad, so Hippocrates may not have been so wrong! While all this is a far cry from modern psychiatry, it is what Hippocrates could do at the time. 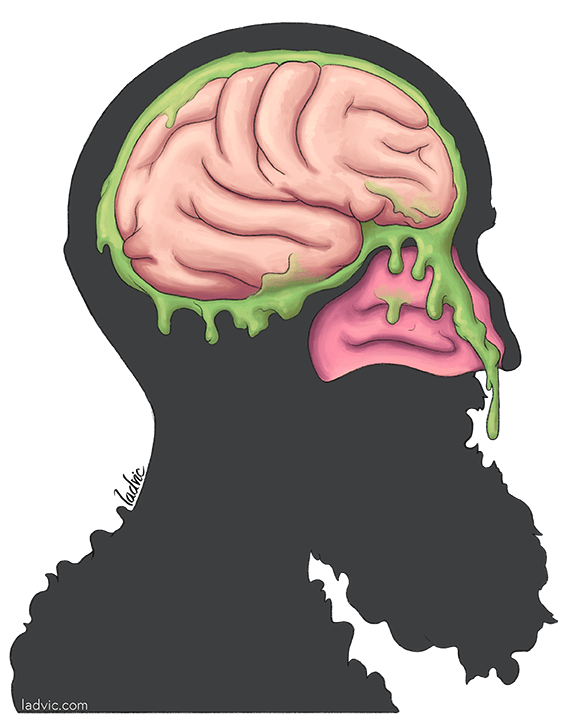 Hippocrates claimed that when the brain is diseased, it can make us insane, delirious, insomniac, anxious, or incoherent, thus referring to mental or psychiatric disorders. He seems, then, to be among the first to try to study mental illnesses from a “scientific” point-of-view.

As far as neuropediatrics is concerned, he described cerebral palsy in a treatise called “The Eight Months Fetus”. He linked cerebral palsy to disturbances during pregnancy, such as congenital infections, prenatal maternal stress, and weight loss.

On neurosurgery, he explained subarachnoid hemorrhage from the clinical point-of-view, which he called “apoplexy”. Subarachnoid hemorrhage is a type of serious stroke caused by the rupture of aneurysms (which are dilatations of the arteries) or trauma. Of course, he did not operate on this type of disease; if he had, it would have been catastrophic. However, what he did operate on were skull traumas, in which he proposed to perform trepanations and lift the sunken bone fragments.

So, what can we conclude from this chapter?

In the 5th century B.C., a more scientific type of thinking began to take shape, in an effort to observe and draw conclusions about diseases.  However, this rudimentary science made many mistakes because it did not make direct observation of the organs and their functions.

Medicine as a science begins to be born, but we will have to wait a couple of hundred years to see the birth of one of the most important sciences in the history of medical knowledge: Anatomy. In the next chapter, we will see how, and with whom, anatomy as a science arises.

You did not read the chapter 1? Do not worry! [Here] is the first chapter of #ABIHNC.