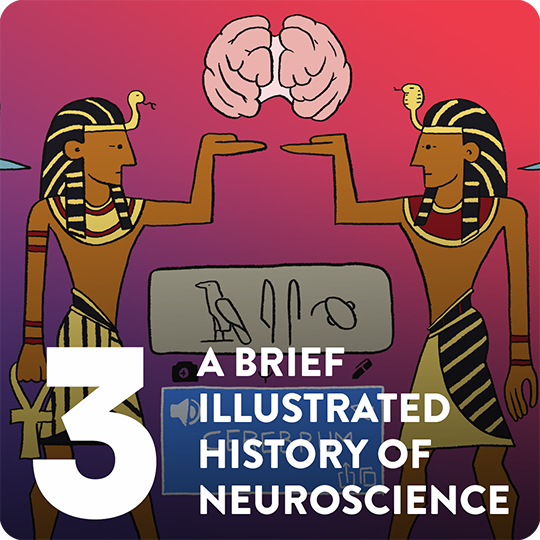 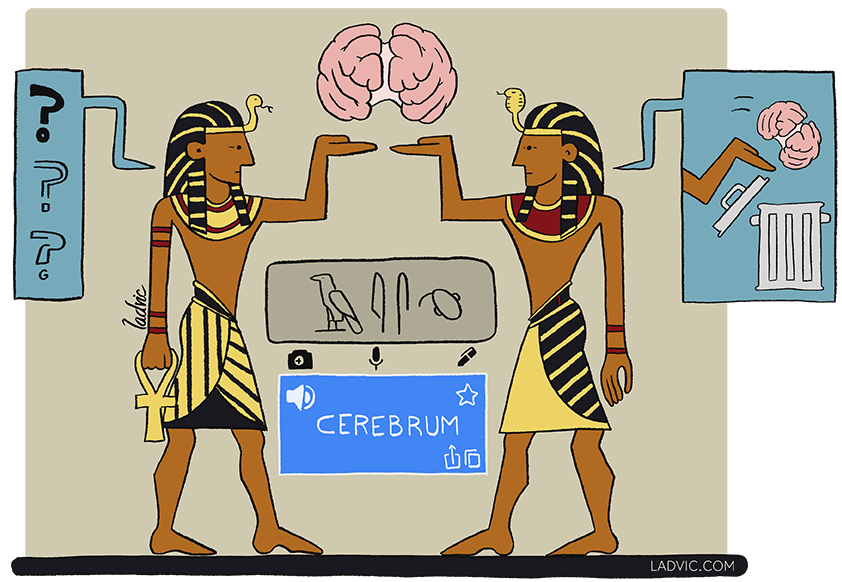 One of the most important medical treatises of antiquity is the Edwin Smith Papyrus, which was written around 1600 B.C., although it may be a copy of an even older one. It is named after an Egyptologist who bought the papyrus fragments in 1862, although they were not translated until 68 years later, in 1930!

It should be noted that the oldest mummifications date back to 3500 B.C.; during mummification, the brain was extracted with forceps through the nose (even today, there is an area of the nervous system that we surgeons approach — yes — through the nose). I mean, surely the Egyptians were the inspiration for modern neurosurgeons. 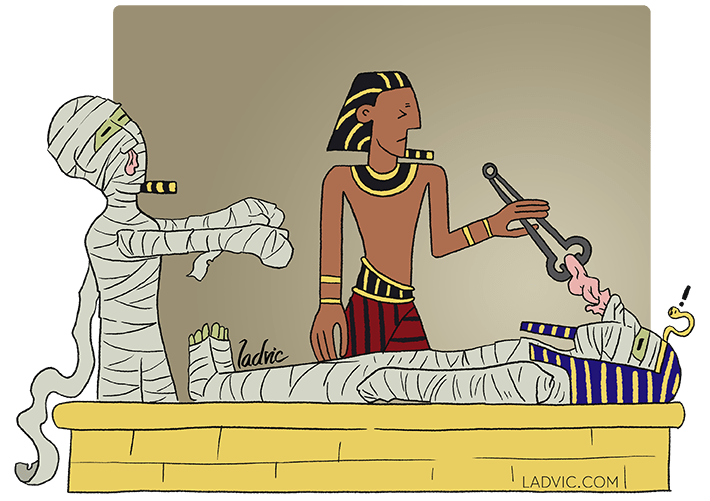 But back to the Edwin Smith Papyrus, which is a treatise on medicine and surgery that relates many clinical cases illustrating various diseases. The papyrus mentions the meninges, the cerebral convolutions, and the term “cerebrum” appears for the first time. In this text, 48 cases of lesions of the nervous system are reported, showing a rudimentary knowledge of the anatomy and physiology of the nervous system. For example, it is mentioned that a lesion in the brain produces an immobility in the limbs of the opposite side: “… A wound in the skull gives deviation of the eyes and the sick person walks dragging his foot…”, writes our ancient Egyptian neuroscientist.

In ancient times, great importance was given to the heart as the center of thought and movement; however, this seems to be the first attempt to attribute to the brain the governing role of movement. 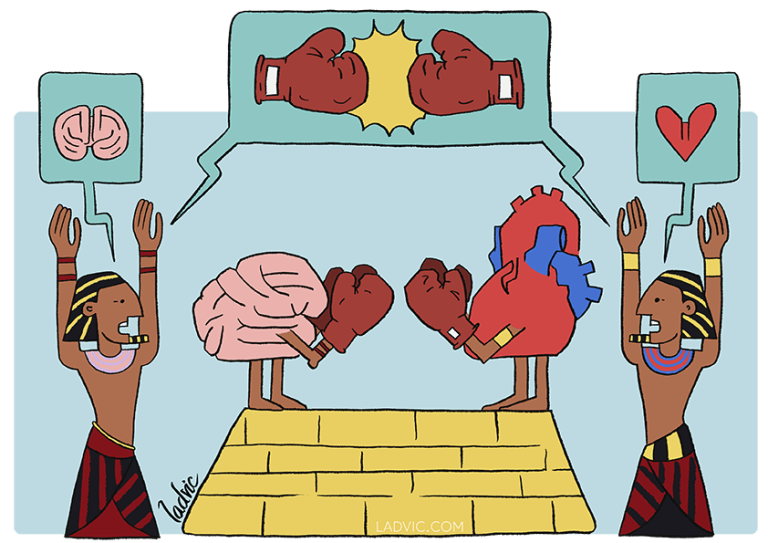 In the papyrus, it says that lifting the skull reveals “… wrinkles similar to those formed when copper is melted…”. This is a very clear description of the surface of the brain.

He also relates a clinical case where a patient with a rachimedullary trauma “…is unconscious of both arms and both legs, that his phallus is erect and that he urinates and ejaculates without knowing it…”. 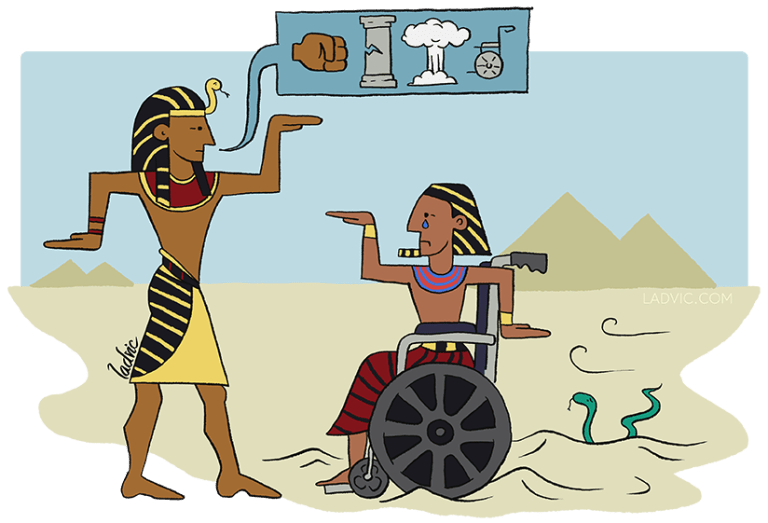 Then, he mentions another very interesting case: “… If you examine a man who has a sunken temple… he does not respond; he has lost the use of speech…”. This is perhaps the oldest mention of aphasia. Aphasias are language disorders. Incredibly, we are still learning about the brain’s language circuits today. 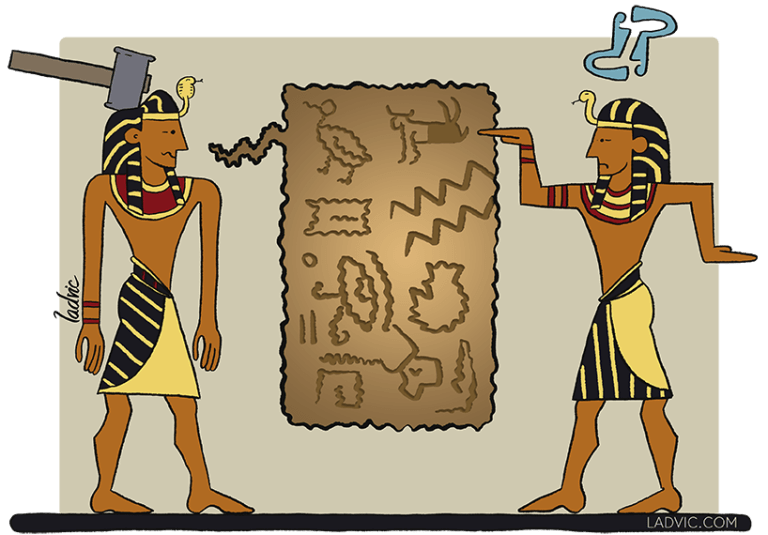 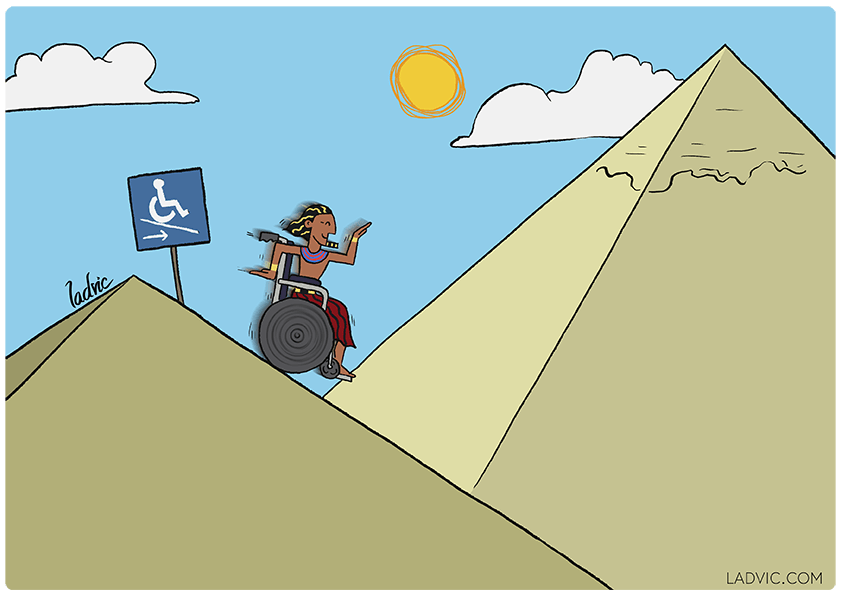 You did not read the chapter 1? Do not worry! [Here] is the first chapter of #BIHNC.